Can aircraft experience a fire? They can, but it’s very rare. However, it can be beneficial to understand where and how they can happen, as well as what to do if you ever encounter one.

Where Do Airplane Fires Most Commonly Occur?

An airplane fire can happen anywhere in the plane, but they most commonly occur in the engine, the electrical system or the cabin.

There are many reasons engine fires occur. Just a few include excess fuel, cracked engine parts and fuel leaks. With the correct emergency checklist, though, many engine fires can be extinguished and the airplane landed safely.

Electrical fires in an aircraft are usually the result of a short circuit that causes an arc. Like with an engine fire, pilots use an emergency checklist to put out the fire and follow procedures to land the aircraft as soon and as safely as possible.

The cabin of the aircraft is another area that fires can occur during flights. Human error is attributed to cabin fires in most cases. There could be a situation where someone overheats food and sparks a flame. Lithium-ion batteries are another potential cause of cabin fires that can come from anyone unknowingly.

Every passenger, pilot and flight attendant has cell phones, and cell phones contain lithium-ion batteries. Simply having people on the plane with a phone poses a risk for in-cabin fire, though that risk is still small.

The most dangerous and most challenging to extinguish are hidden fires. Some fires can start in areas that are not easy to access, such as the overhead areas, behind sidewalls and other small compartments on the plane. 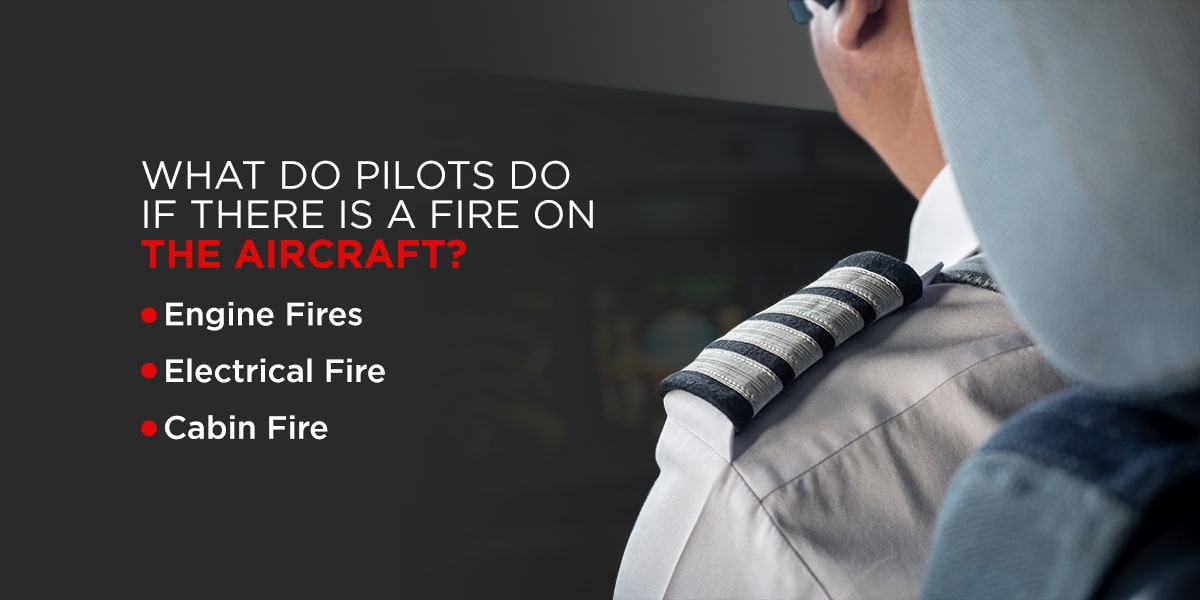 What Do Pilots Do If There Is a Fire on the Aircraft?

Pilots on any flight have received training that includes interpreting aircraft instruments, understanding flight patterns and handling emergencies — such as a fire.

Committing emergency procedures to extinguish a fire to memory increases the chances of putting out the fire quickly. Engine fires, electrical fires and cabin fires have different sets of steps to help extinguish them.

The exact emergency procedures for an engine fire will vary depending on the aircraft engine, and whether it’s a reciprocating engine or a jet engine. However, since all fires need the same three ingredients — fuel, air and an ignition source, the steps to extinguish the fire generally include eliminating at least one of those items.

For an engine fire, the most critical parts of the checklist include cutting off the fuel flow to the engine and landing the aircraft as soon and as safely as possible.

In an electrical fire, the pilot needs to turn off the electrical components in the aircraft. For a small, single-engine aircraft, what’s known as the Master switch is connected to the alternator and the main battery, so the first step is turning it off. That cuts the electrical supply that may be fueling the fire. After the Master switch is off, the pilot should turn off all radio and electrical switches. Next is closing all the outdoor vents in the plane to eliminate extra oxygen to fuel the fire and turning off the cabin air or heat.

If it looks like the fire is extinguished, and electrical power is needed for the flight, the pilot can turn the Master switch back on, and start to turn on individual components one by one. The pilot should not reset any popped circuit breakers, though, and they will want to make sure the fire is completely out before opening any vents.

Airplane fires are rare, but they are also extremely dangerous. Airplane fires need to be taken care of as soon as they are acknowledged. As a passenger or pilot, the knowledge to help prevent or extinguish a fire is the best ability to have.

There are various systems and tools pilots and passengers can use to fight fires on an aircraft. Here are some of the most common:

Older aircraft may also have H2O portables or CO2 systems. However, the dry chemical foam extinguishers you may see in buildings or other locations on the ground are not wise to use on aircraft. The corrosive aspects of the chemical can cause damage to aircraft parts and significantly reduce visibility inside the cockpit and cabin. Because of the corrosive elements of the foam, the dry chemical foam system also should not be part of the ground team when the plane is on the ground.

How to Prevent an Aircraft Fire

Preventing fires on board the plane starts with adhering to all the rules when flying. Passengers need to store their electronic devices properly, not smoke and avoid using e-cigarettes. Being aware of your surroundings also helps prevent fires — for example, if you smell smoke or see smoke coming from any part of the plane. In any situation, let a flight attendant know what’s happening so they can respond adequately. 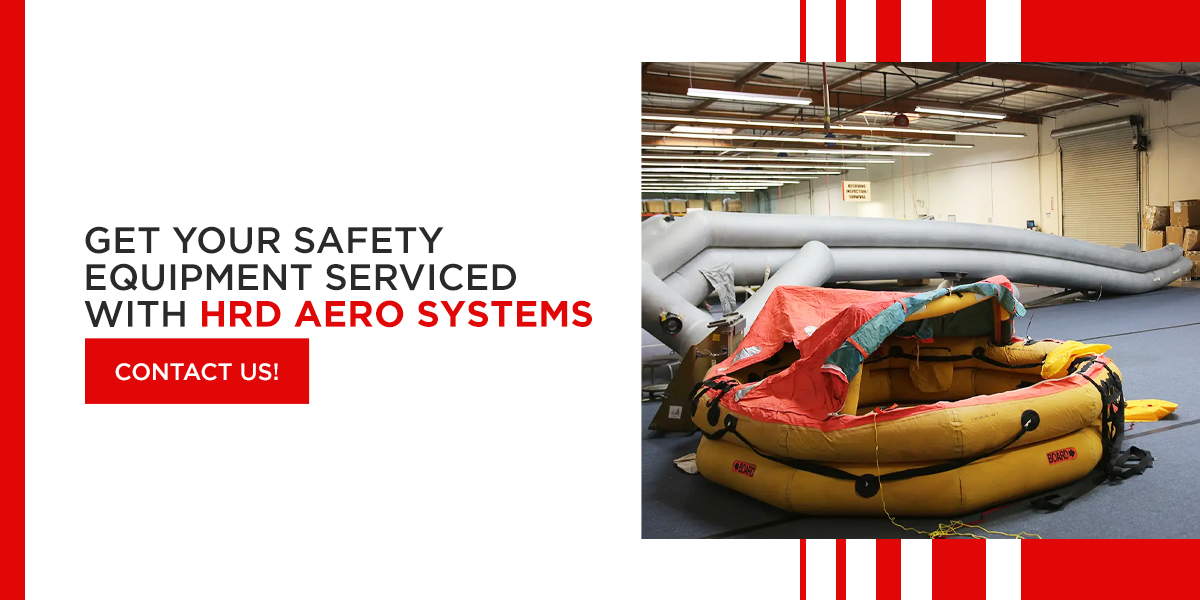