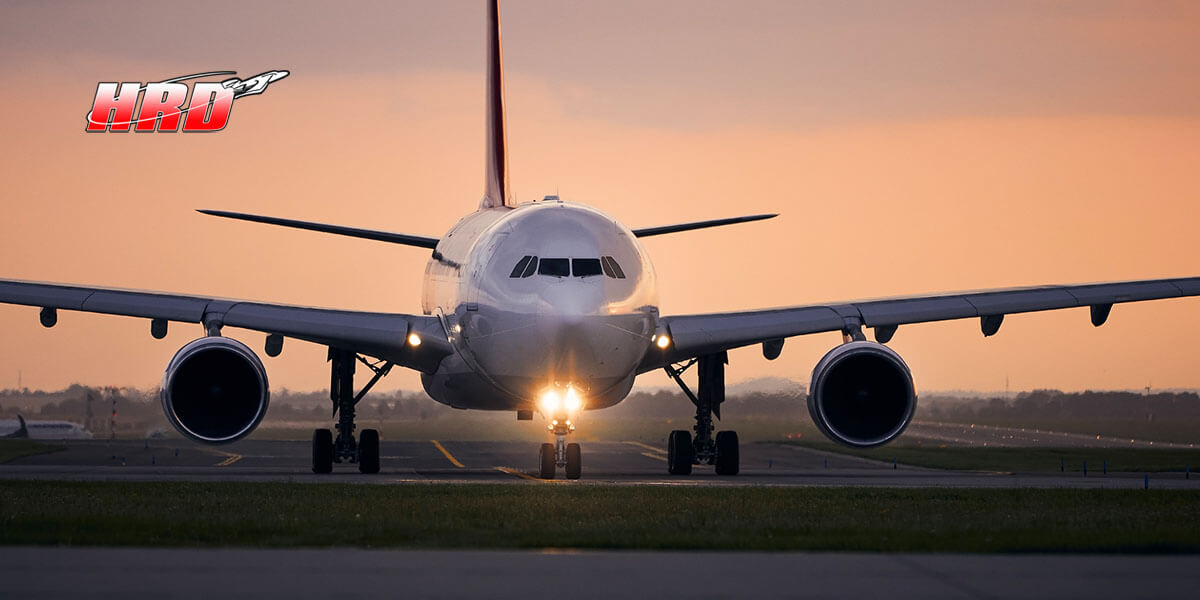 Part of the FAA’s duties is overseeing various types of flight operations. According to Title 49 of the United States Code (49 U.S.C.), air carriers must obtain two certifications from the U.S. Department of Transportation (DOT) — an Air Carrier Certificate and Operations Specifications from the FAA. These operations are outlined in Title 14 of the Code of Federal Regulations (CFR). Charter companies, aircraft owners and airlines must comply with the applicable parts regarding the operation of their aircraft.

Each part of Title 14 contains different regulations about aircraft maintenance, inspection and more. Learn more about the types of airline operations and their implications.

Called General Operating and Flight Rules, Part 91 of 14 CFR includes general flight regulations. These regulations only govern the operation of private aircraft rather than aircraft used for commercial charters.

A significant section of Part 91 is Section 91.1085, Hazardous Materials Recognition Training. This section states that no one may perform any duties related to handling or carrying hazardous materials unless they have received training in dangerous materials recognition. Hazardous materials are defined in 49 CFR 171.8 as any material or substance that poses a risk to health and safety when transported. Private pilots may carry dangerous goods aboard their aircraft without being regulated as long as they are not transporting them as part of a commercial enterprise.

Here is an overview of the other most notable regulations for Part 91 operations:

Part 119 also provides criteria for determining what other Parts of Title 14 are relevant to specific operations. In addition, Part 119 outlines general rules governing commercial aircraft operations and specifies the minimum personnel and experience required for certification.

A few essential requirements for Part 119 operations include: 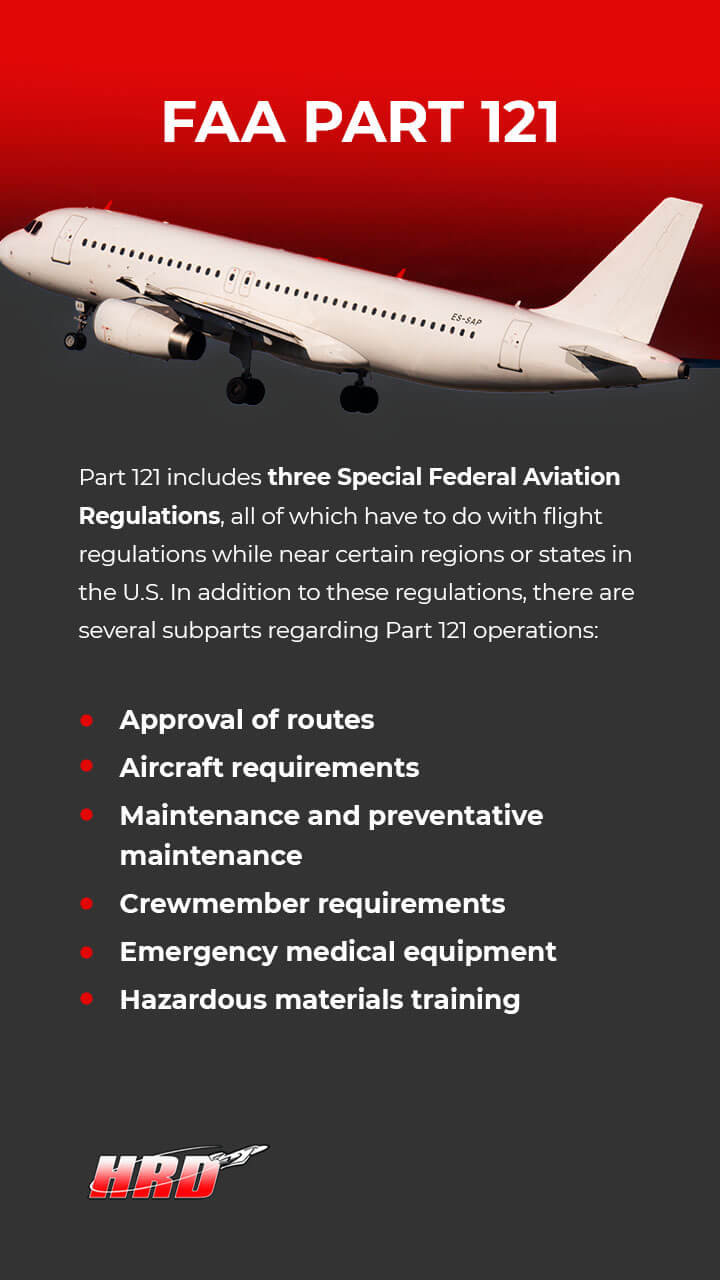 Part 121 includes three Special Federal Aviation Regulations, all of which have to do with flight regulations while near certain regions or states in the U.S. In addition to these regulations, there are several subparts regarding Part 121 operations:

As with Part 121, Part 129 includes regulations regarding the safe handling and transporting of hazardous materials on aircraft. Part 129 air carriers are also subject to standards set forth by the International Civil Aviation Organization (ICAO). The ICAO has issued Technical Instructions (TI) for the Safe Transportation of Dangerous Goods by Air in Annex 18 of The Convention on International Civil Aviation, which regulates international aircraft operation.

The FAA authorizes on-demand, external-load air service through a Part 133 certificate. Part 133, called Rotorcraft External-Load Operations, pertains to air carriers who use helicopters for various missions, ranging from placing an air conditioning unit on top of a skyscraper to transporting supplies to areas where conventional aircraft cannot maneuver.

Many air carriers engaged in Part 133 operations must take additional precautions during operation, especially when transporting hazardous materials or operating over a populated area. Part 133 provides standards for safe operation during these scenarios. 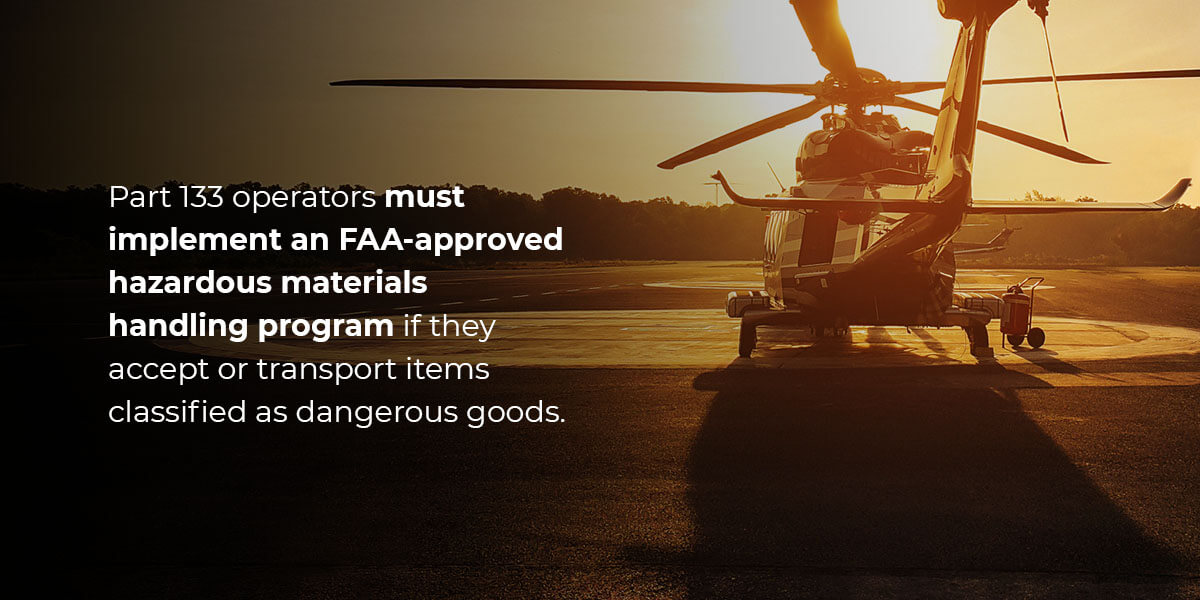 Part 133 operators must implement an FAA-approved hazardous materials handling program if they accept or transport items classified as dangerous goods. This program provides instruction on the safe handling of such items and training for crewmembers. These types of Part 133 operations must also obtain a Special Permit from Pipeline and Hazardous Materials Safety Administration and comply with regulations for the safe handling of hazardous materials found in 49 CFR and ICAO Technical Instructions.

Here are a few more regulations provided in Part 133:

Applicants for a Part 135 certificate must determine the scope and size of operations they want to engage in before beginning the certification process, as operation requirements differ. There are two types of 14 CFR 135 certifications:

Part 135 includes several subparts that provide operating standards for those engaging in these operations: 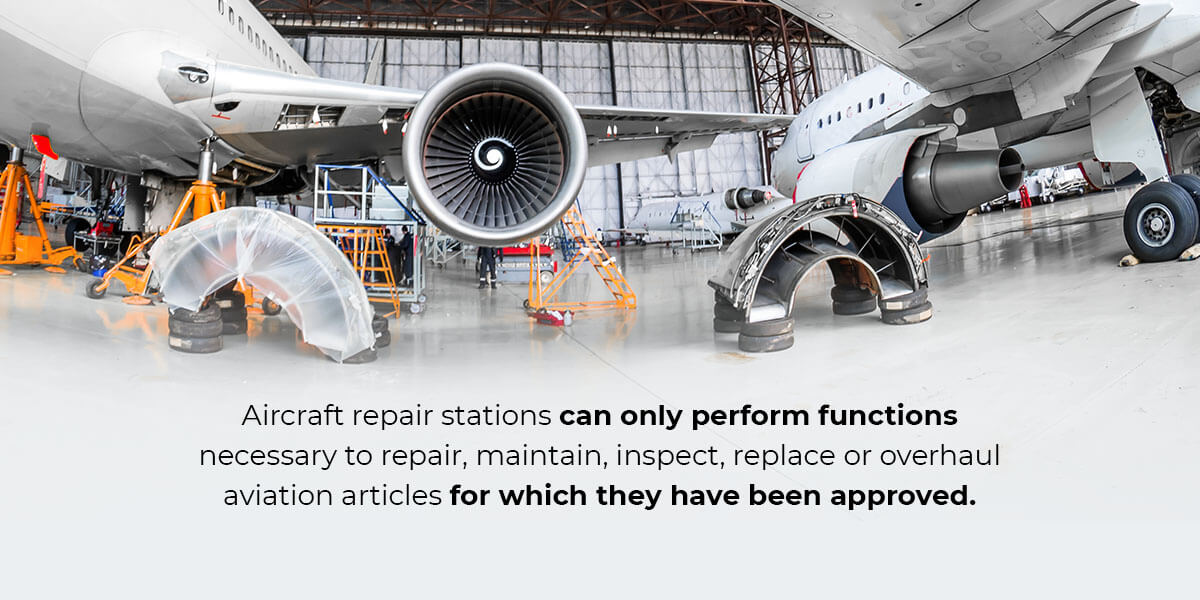 Aircraft repair stations can only perform functions necessary to repair, maintain, inspect, replace or overhaul aviation articles for which they have been approved. The FAA also issues ratings to certified repair stations based on the types of maintenance they perform. The six ratings that pertain to repair stations are:

Repair stations must abide by several regulations outlined in Part 145, including: 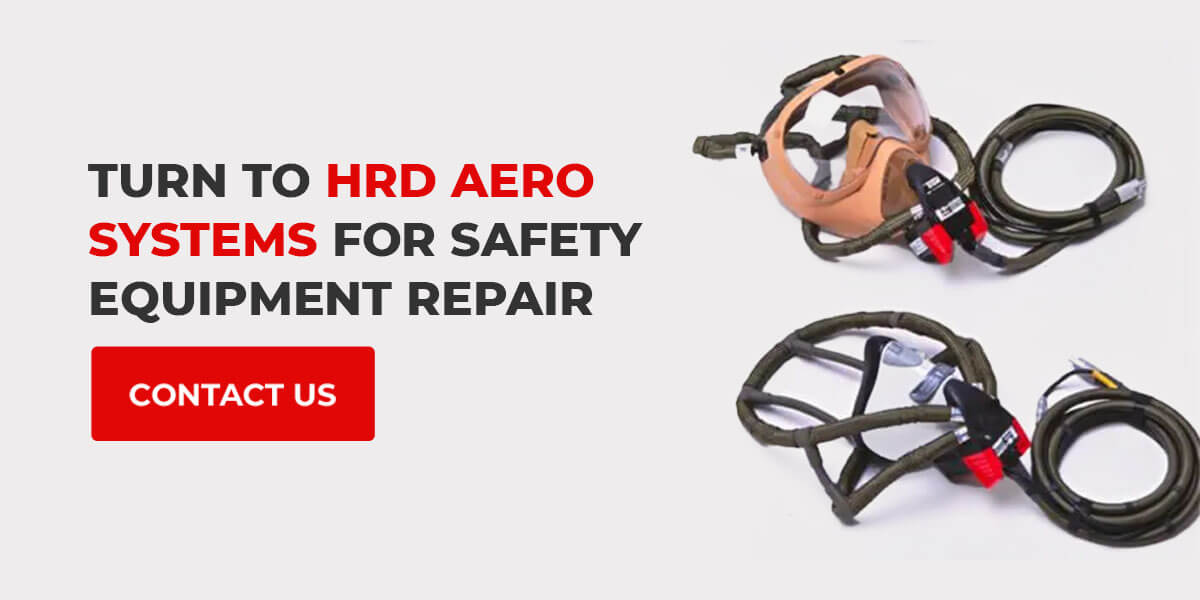 Safety during aircraft operation is critical for crewmembers, passengers and cargo. Air carriers must ensure their operations comply with FAA Title 14 at all times along their routes.

We also understand that your staff is critical for effective operational flight safety, so we provide hands-on safety training to prepare your crewmembers for emergencies. Learn more about how HRD products and services can provide the utmost in safety by contacting us today.